Carmel School runs events for the public throughout the year and also hosts events for community organisations linked to the School. Our upcoming events can be found below. If you would like more information about Carmel School events or would like to run an event at the School, please contact us.

Carmel School is pleased to welcome Richard Goyder AO as the Keynote Speaker at our 2021 Carmel Business Breakfast.

Richard Goyder AO is the Chairman of Woodside Petroleum Ltd, Qantas Airways Ltd, and the AFL Commission. He also chairs JDRF Australia, the West Australian Symphony Orchestra, and the Channel 7 Telethon Trust. Formerly he was Chairman of the Australian B20 (the key business advisory body to the international economic forum which includes business leaders from all G20 economies).

Richard was the Managing Director and CEO of Wesfarmers Limited from July 2005 to November 2017. In 2007, Richard transformed Wesfarmers with the successful acquisition of the Coles Group of companies. At more than $19 billion, this purchase was, and remains, the biggest transaction in Australian corporate history.  Wesfarmers has become a top 10 Australian company. With more than 500,000 shareholders and a workforce of more than 220,000 people, it is the country’s largest private-sector employer.

He was made an Officer of the Order of Australia in 2013 for distinguished service to business through executive roles and through the promotion of corporate sponsorship of the arts and Indigenous programs and to the community. In June this year, Richard was recognised in the WA Day Awards as West Australian of the Year (2021) for his commitment to philanthropy.

The Carmel Business Breakfast will be Chaired by Malcolm McCusker AC CVO QC an Australian barrister and philanthropist who was the 31st Governor of Western Australia, serving from July 2011 to June 2014.

Appointed Queen's Counsel in 1982, he worked as a barrister before being named Governor, and also chaired several legal committees. He was admitted to practice in 1961, and, as a barrister, appeared as counsel in the Supreme Court of Western Australia, the Federal Court, the High Court, and the Privy Council of the United Kingdom. From 1963 to 1982 he also served as a part-time lecturer at UWA's Faculties of Commerce and Law.

In his role as Governor, Malcolm and his wife served as the patrons for over 100 charitable organisations including the Perth International Arts Festival, Telethon, the West Australian Ballet, the Western Australian branches of Anglicare, the Royal Flying Doctor Service, the Royal Life Saving Society, the RSPCA, and St John Ambulance. He remains Co-Patron of the WA Ear Science Institute and is Patron of the West Coast Eagles Football Club. In June 2014 he retired as Governor when his three-year term expired and resumed practice as a barrister in Perth. Malcolm has spoken twice at Kristallnacht commemorations.

For "service to the legal profession, ... the business and finance sectors, and to the community", Malcolm McCusker was made an Officer of the Order of Australia (AO) in the 2005 Australia Day Honours. He was advanced to Companion of the Order of Australia (AC) in the 2012 Australia Day Honours for "service as a lawyer, an advocate for sustainable development and education, and philanthropy in medical research, youth and arts organisations".

We are expecting a strong response to the invitations for this event and will be reaching out to leaders in the Western Australian Consulting, Accounting and Finance, Law, Mining and Oil and Gas sectors, as well as Members of Parliament and Opposition.

If you would like further information about this event, please contact our Head of Marketing, Communications and Development, Ms Susanna Wills-Johnson.

We are grateful to our Gold Sponsors for their support of this event: Jackson McDonald, Prime West, Razor Labs, the Schaffer Group of Companies, and the Wingate Group. 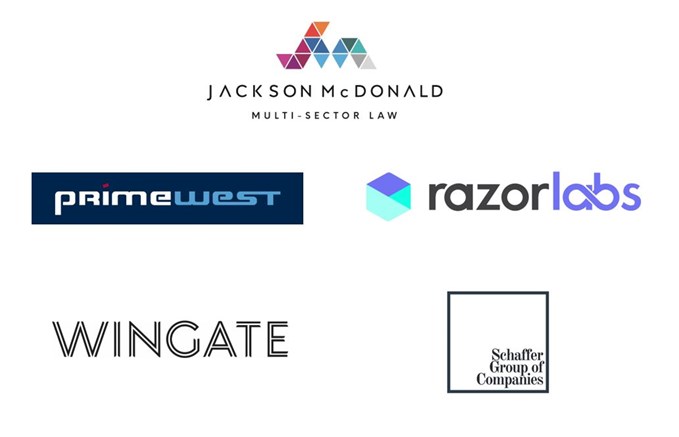 The best way to get to know us is to visit. Book a tour of our school today.

Find your place at Carmel School

Carmel welcomes applications and enquiries from all prospective families. Contact us today to discuss our unique learning environment.